At the age of 11, Cliff began winter camping in the White Mountains of New Hampshire, which laid the foundation for every adventure in the mountains since. His education in technical climbing began eleven years later in California, where he became a student of Yosemite. He moved to the Pacific Northwest and began guiding; he has since worked throughout the mountain West and South America. His personal climbing pursuits have taken him to Patagonia, Nepal, East Africa and all across the United States. Since 2015 he’s been co-owner of Timberline Mountain Guides. He enjoys the tough choices that come with life in Bend, Oregon: Climbing sunny rock, backcountry skiing or alpine climbing? All three exist within 4o minutes of his front door and have overlapping seasons for no less than six months out of the year. 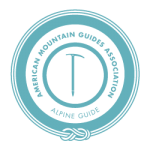 Back to SRCS Guides